Elementary help with grammar and parts of speech

Create your own wacky web tale!

It is essential that participants learn the basics of writing in different styles to accomplish a goal depending upon the audiences.

Students should learn to:

The Purpose for reading:

Students are expected to:

Students may want to keep a written log or a writing folder for this section of the course. You may add words to this list to assist you in your writing or words that you have used in your short stories.

A story is a work of fiction. Fiction is writing that comes from an author's own thoughts, concepts, and imagination. It is something made up - even if part of the story is based on real, factual, or true events.

The length of the Fiction determines how the story is classified. It is either as a short story or a novel.

What is a short story and a novel?

A short story usually revolves around a single idea and is short enough to read in one sitting. A novel is much longer and more complex. Fiction writing contains four main elements: character, setting, plot and theme. Please refer to class video for futher details on this subject inshaAllah.

How should you read fiction?

As a student we learn to classify words based on eight parts of speech: the verb, the noun, the pronoun, the adjective, the adverb, the preposition, the conjunction, and the interjection. Each part of speech explains not what the word is, but how the word is used. In fact, the same word can be a noun in one sentence and a verb or adjective in the next.

Your local masjid is organizing a special program for the youth called Among Companions. Write a letter offering suggestions or ideas that will help make the program successful. Include a dialogue, of a typical conversation between two friends your own age. (Make sure to use all 4 kinds of sentences in your writing and underline the simple subject from each sentence.)

Visit the Homework Helper section or Topic index Below:

A noun names a person, place, thing, or idea.

A singular noun names one person, place, thing, or idea. A plural noun names more than one.

The possessive form of a noun shows possession, ownership, or the relationship between two nouns.

A concrete noun names an object that occupies space or that can be recognized by any of the senses.

An abstract noun names an idea, quality, feeling, or characteristic.

A common noun refers to people, places, or things in general.

A pronoun takes the place of a noun, a group of words acting as a noun, or another pronoun. We call the word or group of words that a pronoun refers to its antecedent.

A possessive pronoun shows possession or control. It takes the place of a possessive noun.

A reflexive pronoun refers to a noun or another pronoun and indicates that the same person or thing is involved.

An intensive pronoun adds emphasis to a noun or another pronoun.

Reflexive and intensive pronouns look alike. Their usage reveals the difference. They are personal pronouns that end in self or selves:

myself, yourself, himself, herself, itself, ourselves, yourselves, themselves

Use a relative pronoun to begin a subject-verb word group called a subordinate clause.

who, whoever, whom, whomever, what, whatever, which, whichever, that, whose

this, that, these, those

An indefinite pronoun refers to persons, places, or things in a more general way than does a noun or a personal pronoun. Example: Each of the winners chose his or her own prize.

all, another, any, anybody, anyone, anything

both, each, either, enough, everybody, everyone

everything, few, many, most, much, neither

nobody, none, nothing, one, other, others

plenty, several, some, somebody, someone, something

A verb expresses action or a state of being and is necessary to make a statement.

An action verb tells what someone or something does. Action verbs can express either physical or mental action.

An action verb that is followed by a word that answers the question what? or whom? is called a transitive verb.

An action verb that is not followed by a word that answers the question what? or whom? is called an intransitive verb.

Some verbs can be either transitive or intransitive, depending on their use.

A linking verb links, or joins, the subject of a sentence with a word that identifies or describes the subject. The most common linking verbs are forms of be. Some examples are:

Other verbs that can be linking verbs

The verb in a sentence may consist of more than one word. We call the words that accompany the main verb auxillary, or helping verbs.

A verb phrase consists of a main verb and all its auxillary verbs. Example: I am apologizing because I have arrived so late. Do you still have time?

Forms of have: has, have, had, having

Others helping verbs: can, could, do, does, did, may, might, must, shall, should, will, would

Example: I could have arrived on time if I had planned my day better.

An adjective modifies a noun or a pronoun by limiting its meaning. Adjectives include the articles a, an, and the. A and an are indefinite articles; the is a definite article. Because they modify nouns, possessive nouns and some possessive pronouns are considered adjectives as well.

Example: The raging river roars through this narrow gorge.

A proper adjective is formed from a proper noun and begins with a capital letter. Proper adjectives are often created by using the following suffixes:

Many adjectives have different forms to indicate their degree of comparison.

An adverb modifies a verb, an adjective, or another adverb by making its meaning more specific. Adverbs answer the question how? when? where? and to what degree?

The negatives no and not and the contraction --n't are adverbs. Other negative words, such as nowhere, hardly, and never, can function as adverbs of time, place, and degree.

A preposition shows the relationship of a noun or a pronoun to some other word in the sentence.

Phrases that begin with a preposition usually end with a noun or a pronoun called the object of the preposition.

A subordinating conjunction joins a dependent idea or clause to a main clause.

A conjunction adverb is used to clarify the relationship between two clauses of equal weight in a sentence.

"I left the keys in the house; consequently, I was locked out.

Why do we write?

There are three types of writing: Narrative, Informative, and Pursuasive.

Our Goals for Writing:

Word Bank for an Editorial

"Editorials are opinion pieces for newspapers and magazines, either in print or online. An editorial expresses an opinion about a current issue or topic. If no opinion exists, then the article is considered an expository text. The author of an editorial expresses a specific bias, with the intent of persuading the reader toward particular thoughts or actions."

visit here for more insightful information about the editorial:

It's a place to record dreams , feelings , thoughts , and all your observations about the world around you.  Some of these entries might be the basis of a story,  poem , or personal essay.  This class will show you exactly how to keep your writer's narrative notebook , an essential tool for a writer to have.

Want to learn more about the Writer's Narrative Notebooks?

Freewriting suggest that you write whatever comes to mind for a limited time period. Alhamdulillah, we shall put this to the test here in class inshaAllah. Using Islamic sources of information from Qur'aan, Hadith, Seerah, History and Biography accounts. You will be provided a prompt. Write complete sentences if you can, but generally you can write whatever comes to mind and Allah knows best. Don't think to hard just write. "Free flow" or "Freewriting" is just that nice flowing thoughts. we will discuss more later.

You will find the writing prompt used for this weeks class here in this section. Please write it in your notebook. Write your reflection (summary of your thoughts) about what is being said. Jazakillahu Khayrun. (3 to 5minute exercise) make sure you date it for later usage inshaAllah. Read more about brainstorming techniques below.

Allah says: "Those to whom We have given the Book recite it as it truly should be recited, they are the ones who (truly) believe in it. And whoever disbelieves in it, then they are the losers."[2: 121]

The Writing Process - An Introduction

Making Words Your Own

Easy Steps to Writing a Paragraph

What is a noun? and What is a Sentence?

We shall study the - 6 Writing Traits of Writing; then the Writing Process; and finally - How to revise a paper.

Does your child or children write sentences that only you understand?

Are they using descriptive language when trying to explain?

How are their spelling abilities or dictionary usage skills?

Lets take a look at the following words for example

Which one of these words would your child have chosen to be correct?

How to? and What is? Articles

Please Read: How to write a research paper 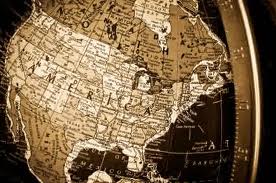 Familiarize yourself with the laws for homeschool

See this link to order the Pass Test for Homeschoolers inshaAllah

" The PASS Test was developed specifically for home schoolers. It has certain similarities to other achievement tests in that it estimates student achievement in the subjects of reading, language, and math. For grades 3 - 8."

2.6 Part 2 - Tafseer: Biographies of the Famous Scholars of Tafseer
by Saddiqua Muhammad Black bint Elijah over a year ago

2.5 Tafseer: Translating the Qur'aan
by Saddiqua Muhammad Black bint Elijah over a year ago

2.4 Tafseer: The Reported Differences in Tafseer
by Saddiqua Muhammad Black bint Elijah over a year ago
More...

What do Muslims believe ... Listen here

We have moved away from the use of our yahoo messenger and contact list. We will no longer be using the yahoo messenger app extention for salafi_academy barakAllahu feekum. The email account is still active, but we would prefer that participants contact us through the following:

2. or through Skype using: Saddiqua_Muhammad_Black inshaAllah

4. Want to receive updates about courses in a regular fashion daily or weekly join the telegram channels for:

Alhamdulillah, here is a basic form that you as Muslims can use as your Last Will and Testament to avoid any complications at the time of your death. This simple form will give the Muslims the right to take possession of your remains and to distribute your property according to Islamic Law (shariah) inshaAllah.

The House of Mecca Sadaqa Group © 2004-2021 All rights reserved. Visit our blog at https://thmteach.com